I feel that as AI progresses, technologies to repel them from areas where they are neither welcome nor can contribute too will no longer be prohibited to them, and as of such, will put the credibility of checks as an effective deterrence towards people that seek to ruin the internet experience of others.

Alan Turing’s essay makes excellent points into the fact that while computers may seem intelligent at some points, they ultimately lack foresight to their environments because they can neither comprehend the emotion nor instinctual afflictions that allow a person to behave in the way that humanity does.

I feel that while there are many things that can limit an individual when it comes to his or her pursuit of his or her goals, I think hard work is what ultimately decides the fate of an individual. Privilege and things that an individual cannot change are not adequate excuses for not pursuing dreams to their absolution. Yes, they play a role. Some people may not have the same access to resources, but oftentimes, there is a substitute or something that person can do to supplement their education. In terms of procedural literacy, the world is moving into an age where computers are integrated into just about every aspect of life. People who chose to ignore the necessary knowledge that this entails choose to be left behind as more and more people are able to better use the resources around them in order to get the most out of the technological access they have. People can go a long ways from hardships. They build character, and I don’t think that they are reasons to not pursue something. People should encourage those that do not pursue Procedural literacy to do so, even if it may seem like a bleak aspiration.

A network’s hidden layer consists of sets of adaptive weights (basically connection strengths between ‘axons’) that
are capable of approximating non-linear functions of their inputs.

Essentially the point of Neural Networks is to mirror the functions of human neurons in the brain. They employ a sort of “divide and conquer” method to approach complex tasks. Nodes and connections make up the artificial neurons– demonstrating the functions of axons, dendrites, and electrical action potentials respectively. The topic of positive and negative reinforcement are noted in that in organisms, the release of hormones such as serotonin and dopamine bolster certain actions. This topic has been largely abandoned by the field of software implementation and usage because overall, the idea of using the model of human brains to develop artificial ‘beings’ is considered irrational and way too difficult. People contain as many as 500 billion neural connections and modern technology simply does not provide the same processing power to support that sort of establishment. Their discussion marked a transition marked a paradigm shift from low level symbolic artificial intelligence to high level.

Recently, the topic of neural networks has begun to pick up speed again. Researchers are now experimenting with the ideas of convolutional, classification, and max level layers. Additionally, there are now programs that can display a rudimentary version of long-term and short term memory compilation in computers. The main points that are blocking the advancement of Neural networks pertain to the idea of analog and digital design as well as hardware and space. On top of the fact that there aren’t powerful enough computers that can run artificial neural networks (even rudimentary) ones at the same speed at which human minds can perceive things, there is a fundamental shift in modern technology from analog to digital, providing more obstacles. 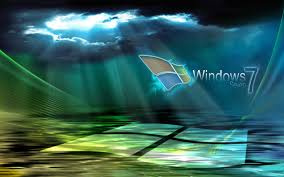 While I am a fan of open source and public source codes, I understand where Bill Gates draws the basis for his arguments from. Basically, he asks a central question of whether anyone would want to work for a software company if no one is paying to get the materials that the company puts out. Think of it like this: most people have downloaded illegal music before; you are a singer that makes all of your income off of record sales. However, once people figure out that they don’t necessarily have to pay for your songs, you lose money. Then, you start to hear DJs that don’t have permission to alter your songs putting out illegal copies of your music that they have remixed and started to call their own. You would probably be somewhat annoyed– this it the same principals for computer programmers that lose compensation for their hard work. Except, singers are famous and people know their names. Who were the people that wrote the original code for Microsoft Word? Richard Brodie. Who practically created C and UNIX? Dennis Ritchie. Did you know that off the top of your head? Probably not. Now, think of who sang the song “Starships” ? Nicki Minaj. The latter is so famous that anyone who heard a remix of her song would probably know it was her’s, but next to no one really knows who coded the program that we have slaved in for hours while writing essays and such.

People lose their compensation, and let’s face it, even the smartest people at least need to eat. Computer scientists often spend a full undergraduate four years studying how to code, and to allow others to take their hard without due compensation and or at least credit is rather cruel to them. While open source things do have their definite pros, their cons mostly hurt the people that originally put in the time to build something in the first place. Yes, I think that some things should be open source, but at the same time, I think that there are some things that should stay open source. The best example of this would be source codes that are already open– such as Linux and it’s ‘progeny’. Furthermore, companies like Mozilla (the makers of Firefox and MOSAIC) that can find methods to fund their operations through other endeavors set a good example for other ways to compensate their employees, but let’s admit it, this isn’t for every company. People need to accept that they can’t have everything for free. Certain things should stay free, but there needs to be a balance between giving software code away while starving the computer scientists and running a totalitarian cartel of software distribution. Hobbyists claimed that “[t]hus, “free software” is a matter of liberty, not price. To understand the concept, you should think of “free” as in “free speech,” not as in “free beer” to implore companies to make their software free and open source, but this simply cannot always be the case. Yes, anyone has the right to modify LINUX to their own needs and anyone can buy a laptop with Windows pre-installed, but as with artistic freedoms, if someone won’t give something to you, make it yourself. Just because Windows wants to make money doesn’t make them evil, it makes them willing to justly pay their employees for their work. There are open source and paid software. If you don’t like it, find something else and stop badgering people for their own choices. I do not believe that people that do not let people have justified opinions utilize their free speech in a worthwhile manner.